First example (jewelry of course!) in the above photo: I love how modern the her jewelry is assembled here. Love the stack of 3 bracelets on one arm, a single on the other, the statement necklace and contemporary, drop earrings. This looks great with the sleeveless top and the whole look could be worn today!

This past Tuesday night I had the pleasure of attending Kimberly Truhler’s, of GlamAmor, “Style Stories” presentation at the Annenberg Community Beach House. This was the second in a 4 part series that focused on Gloria Swanson. (Part 1 featured Marlene Dietrich this past December. See details later in the post for parts 3 and 4 focusing on Joan Crawford and Audrey Hepburn!) Kimberly did a fabulous job sharing how Gloria, back in the days of silent films was the first star to truly leverage costumes both on and off screen. Gloria had a real appetite for fine clothing, accessories and jewelry. And she loved feathers and fur too! Wow! I like  Gloria’s style! Who knew she was so influential?! Most of us know a little about Gloria Swanson with the usual recollection being these kinds of details:

There is so much more! She was an IT girl in her day. Kimberly illustrated the continuing influence of Gloria in today’s fashion with multiple examples from recent runway shows, designers, silhouettes, and assorted fashion details. If you are a fashion lover and reader of top fashion magazines both in print and on line, you really must take a look at Gloria Swanson and you will see how her style from the Jazz Age, Art Deco period and the silent film era still resonates with today’s top designers, style and celebrities! You can read Kimberly’s detailed recap of regarding the costumes from Sunset Boulevard and more about Gloria Swanson on her website, GlamAmor!

Here are a few photos that show Gloria and her grand style!

Check out the pearl embellished gown on Gloria above and compare it to the Calvin Klein gown that Lupita Nyong’o wore to the 2015 Academy Awards, below. This is just one of the examples Kimberly noted. There are so many more……..

If you live in Los Angeles, and you love film and fashion, you will love to hear Kimberly speak on this topic! Here are 3 up coming events where you can indulge your passion for fashion and film!

April 25, Film Noir Fashion and Gilda – Egyptian Theater in Hollywood. Kimberly will lecture on the iconic fashion of film noir, followed by the showing of the famous Rita Hayworth film! Get details here.

Details to be announced for the 2 events at the Annenberg. (And by the way they are FREE! But, you do have to get a ticket!) Join GlamAmor’s email list to be sure to get advised of all 3 of these shows.

Please share this post with your fashion loving friends and turn them on to Gloria Swanson the fashion IT girl of the 1920s and 30s!

Free! 7 Steps To A Great Wardrobe! 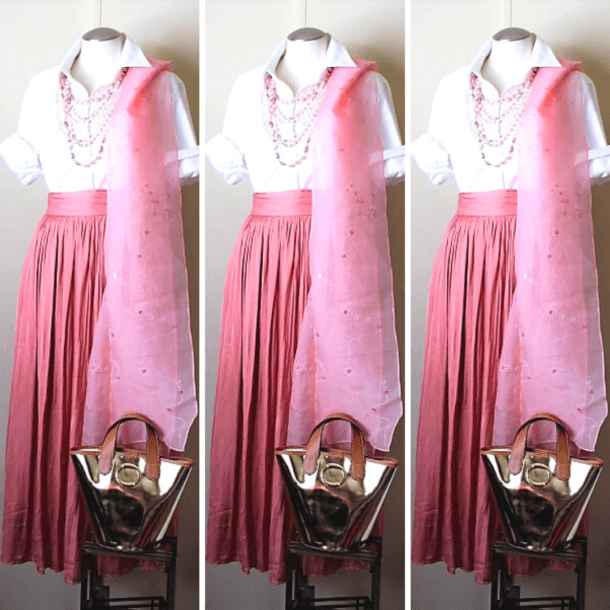 Check your inbox for the 7 Steps To A Great Wardrobe!